Is the truth important in storytelling?

At Landscape, we often talk about telling a story. We use it when describing the narrative of a campaign or brand. We become storytellers when we outline a user’s journey through an online experience, or when organising a client presentation to ensure our work is coherent and robust. And our early Monday morning catch-ups over the kettle often turn into elaborate stories as we describe our weekend adventures, be it a wayward journey home on Saturday’s sunrise, a disastrous trip to IKEA or the secret to perfect pork crackling.

I’m currently reading a book set in 1066 (check out ‘The Wake’ by Paul Kingsworth, it’s fantastic). In the Middle Ages ‘gleomen’ would wander from hamlet to hamlet, telling stories and bringing news to villagers who have yet to discover the miracle of high-speed broadband. Tales were recounted, expanded and embellished. But the storyteller was thought of highly and circles would form quickly, villagers hungry to hear of skirmishes in other counties.

The best musicians are also storytellers. Minstrels and troubadours used to sing songs and recite poems to high society and royalty. Fast-forward and Hank Williams laments American mid-west hardship, Bob Dylan rues missed opportunities and Adele warbles the regret of lost love in ‘Hello’. These are stories that we listen to over and over, though we know how it ends. In our Vevo and MTV enriched world, music videos add another layer of richness or complexity to the narrative.

Storytelling has always played a key part in the creative industries and in particular advertising, from Ridley Scott’s ad for Hovis in 1973 to the current Nike ad ‘The Switch’ featuring Ronaldo. The battle for our Christmas disposable income has become the battle of the story, the culmination of months of research, scripting and craft to create life-affirming tales delivered in a standard 30 second format (or an epic 3 min ‘Directors Cut’ that is premiered on YouTube). The modern gleomen are John Lewis, Sainsburys and Mulberry. And we love it – there is currently 30 million views of Mog’s Christmas Calamity.

Great brands start with a great idea that tells a good story. And their universal relevance is what makes them so powerful. These stories help create simplicity out of complexity by defining a single route through a maze of possibilities, explaining why this product solves your problem. As John Williamson from Wolff Olins said, “Great brands are like novels that you can’t put down.”

Consistency and integrity are key messages for brands in their narrative (well, who wants to be called a fake?). So is there a place for ambiguity, should we trust storytellers implicitly, and does it matter if we don’t?

We can go back to the most famous story of them all, one that has defined civilisations, brought people together and ripped them apart in equal measure. The books in the Bible tell accounts of events that occasionally contradict each other. They focus on different characters with contradictory interpretations. In film, this is now known as the ‘Rashomon’ effect, named after the film by Akira Kurosawa in 1950. It’s a plot device whereby characters provide alternative, self-serving and opposing versions of the same incident. These inconsistencies could make you doubt the legitimacy of the story, but it also adds plausibility – we are notoriously unreliable in recalling events. We fill in the gaps with unrelated recollections, we join dots that shouldn’t be. Christians argue that is what make the Bible more honest.

The first season of ‘True Detective’ for HBO was largely based on this construct. Two cops (Woody Harrelson and Matthew McConaughey) who seemingly dislike each other, separately recall a past case in which there are different views of what happened. Their stories overlap and contradict, highlighting a sense of doubt that permeates through the whole story. Their distrust of each other makes you question the veracity of actual events themselves. Who’s telling the truth? Should we believe them? Does it matter? No, it’s excellent viewing.

We are flawed. We lie, deceive and are self centred. To err is to be human. And of course this often makes the best stories. So brands will always fall short in communicating a narrative that is truthful when they only focus on one form of truth. Yann Martel describes his book ‘The Life of Pi’, as ‘Life is a story… You can choose your story… A story with God is the better story’. Do you want to believe the story about the boy, the tiger and the boat? Or the alternative version that is more plausible but less inspiring?

Volkswagen’s PR firm will talk of ‘managing’ the story of fake emissions. BP failed to grasp the ‘narrative’ of Deepwater Horizon’s oil spill. Both crippling corporate mistakes. But, and ironically in VW’s case, at least they are truthful. 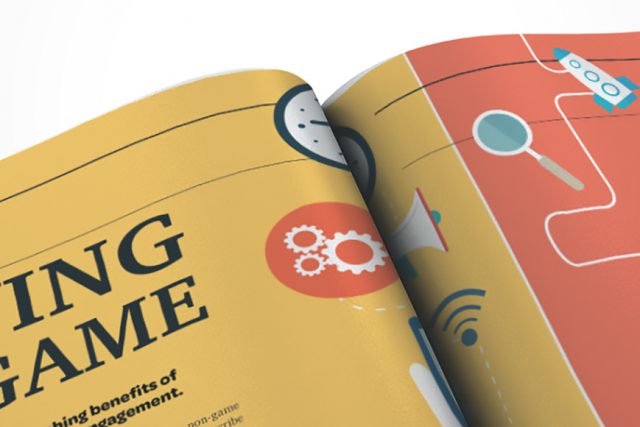